（断捨離中：3年以上前の新聞記事です！）
It’s not only the ancients who looked at athletes and saw classical ideals and paragons of beauty.
To many hardcore sports fans and tennis lovers, as well as to the passionately idiosyncratic Fedfans, the 37-year-old Swiss belongs equally to the realm of aesthetics as to sports.
””
“”
his record and ranking are somewhat beside the point here.
I’m interested in the living, continuous, moment-to-moment pleasure of watching him play, and the artistic value of this.
That light, fluid footwork, the great coil in his midsection at the start of his stroke, the way he transfers his weight as if there’s no weight, only air and rhythm, his staccato steps and lingering leaps, and the lag in speed between his racket and his wrist. In Federer’s mix of dependable organization and electrifying spontaneity, performed with transporting ease, he produces an effect on the viewer that transcends tennis, athletics and even the body.
””
“”
That’s the kind of mind-blowing awe I feel when Federer sweeps across the clay and, oh, I don’t know, twirls halfway round and whips his racket between his legs or over his shoulder without looking and sends the ball streaming to the opposite baseline like lightning from the fingertips of Zeus.
We see the shot and don’t see it at the same time.
The conscious mind can’t understand how it happens.
But the interplay of his movement and our emotions affects us on a level of pure feeling.
Science and grunt work create that kind of casual-looking flick, a combination of Federer’s uniquely wired brain and years of conditioning.
But it seems like a miracle, not only amazing but effortless.
That’s the grace of Federer.
He hardly breaks a sweat, and we are left without air in our lungs.
Federer’s extraordinary moments of precision may be fewer now than a few years ago, but his ease of motion and the harmonious flow of his game remain.
Whether he’s airborne or skittering on the surface, Federer’s motor impulse is continuous; one move rolls into the next.
The tempo and dynamics change — explosiveness is subtly cushioned and slowed, a forward dash comes to a crisp halt, before he bounces away again.
But there’s always a sense of smooth responsiveness, and an awareness of line and form.
He knows how good he looks.
“I always think that shots really look nice when you are on the move,” he told the website Tennis¬world recently, speaking of his forehand and his slice.
“It’s much more spectacular and elegant than just standing here and hitting a shot, so I like to hit a shot when I am moving.”
We don’t usually speak of professional athletes in terms of grace, though this is odd when you think about it.
If grace is the sweetest, most pleasing aspect of the body, we should find it in abundance among athletes at the elite level.
After all, their bodies perform to extraordinary standards, and it’s their job to perfect the way they move.
Yet we mostly talk of sports in uber-manly terms, such as toughness, dominance and power.
Also, let’s be honest: There’s not a lot of grace to see in sports anyway.
A steroid aesthetic prevails, and explosive force and aggressiveness are prized over the refinements of agility, balance and coordination.
””
“”
Of course, Federer is not immune from mortal afflictions, as his recent withdrawal from the Italian Open proved.
Yet he triumphed there with characteristic fluidity, and it’s not easy to spot the bad slide in his match against Coric that he blamed for his leg injury.
It might have been at the start of the second set, where he skidded on the lines and slammed on the brakes, sending his weight back and nearly, just for a flickering millisecond, losing his balance.
He finessed it largely with his knees — in their crisp, right-angled bend, you see an instantaneous rise of tendons under the skin, part of a network of muscle and connective tissue rallying to win against gravity and the backward thrust.
He recovered instantly, Federerly.
””
“”
That glossy hair will one day thin and go gray;
the time will come when he can’t dance across the tennis court and our TV screens any more.
But the way Federer lives and plays now, the way he hopes, never settles — this all feels like a promise that whatever buoyed him through years of greatness and revelation will stay with him.
And will continue to inspire us.
Federer exhibits enough of the ideal for the rest of us to know it’s possible.
“” 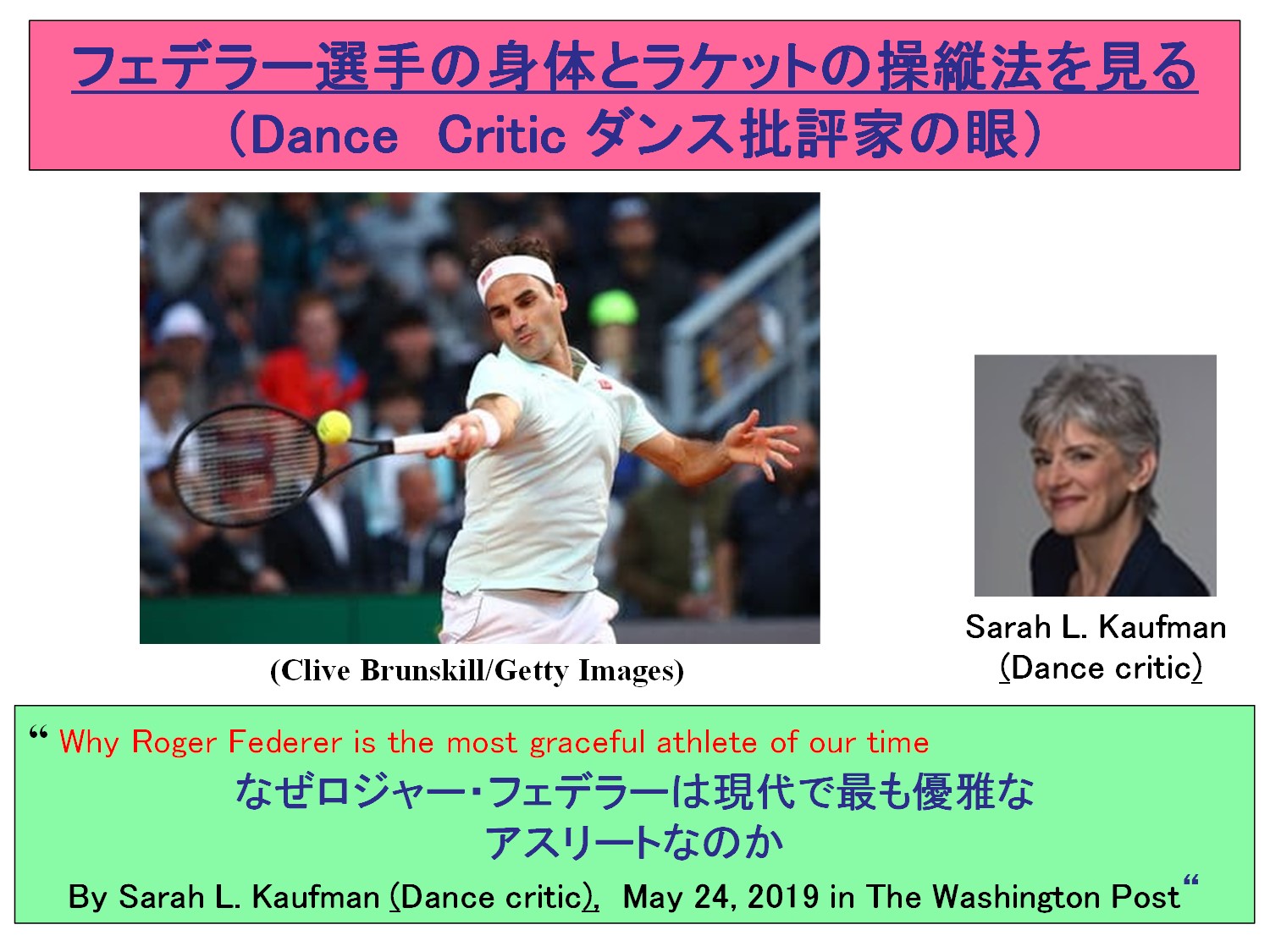